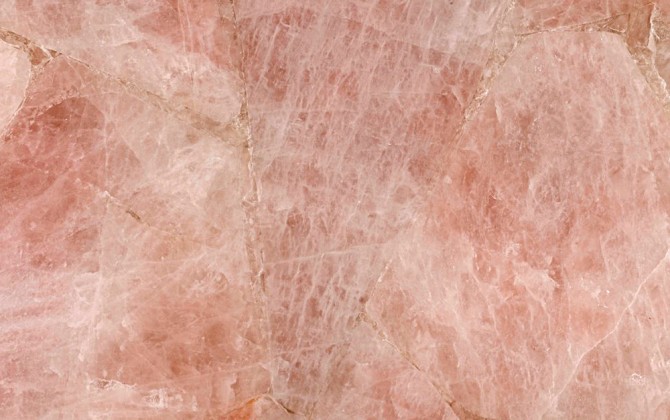 Rose quartz is a type of quartz which exhibits a pale pink to rose red hue. The color is usually considered as due to trace amounts of titanium, iron, or manganese, in the massive material. Some rose quartz contains microscopic rutile needles which produces an asterism in transmitted light. Recent X-ray diffraction studies suggest that the color is due to thin microscopic fibers of possibly dumortierite within the massive quartz.

In crystal form (rarely found) it is called pink quartz and its color is thought to be caused by trace amounts of phosphate oraluminium. The color in crystals is apparently photosensitive and subject to fading. The first crystals were found in a pegmatite found near Rumford, Maine, USA, but most crystals on the market come from Minas Gerais,Brazil.

Rose quartz is more often carved into figures such as people or hearts. Hearts are commonly found because rose quartz is pink and an affordable mineral.